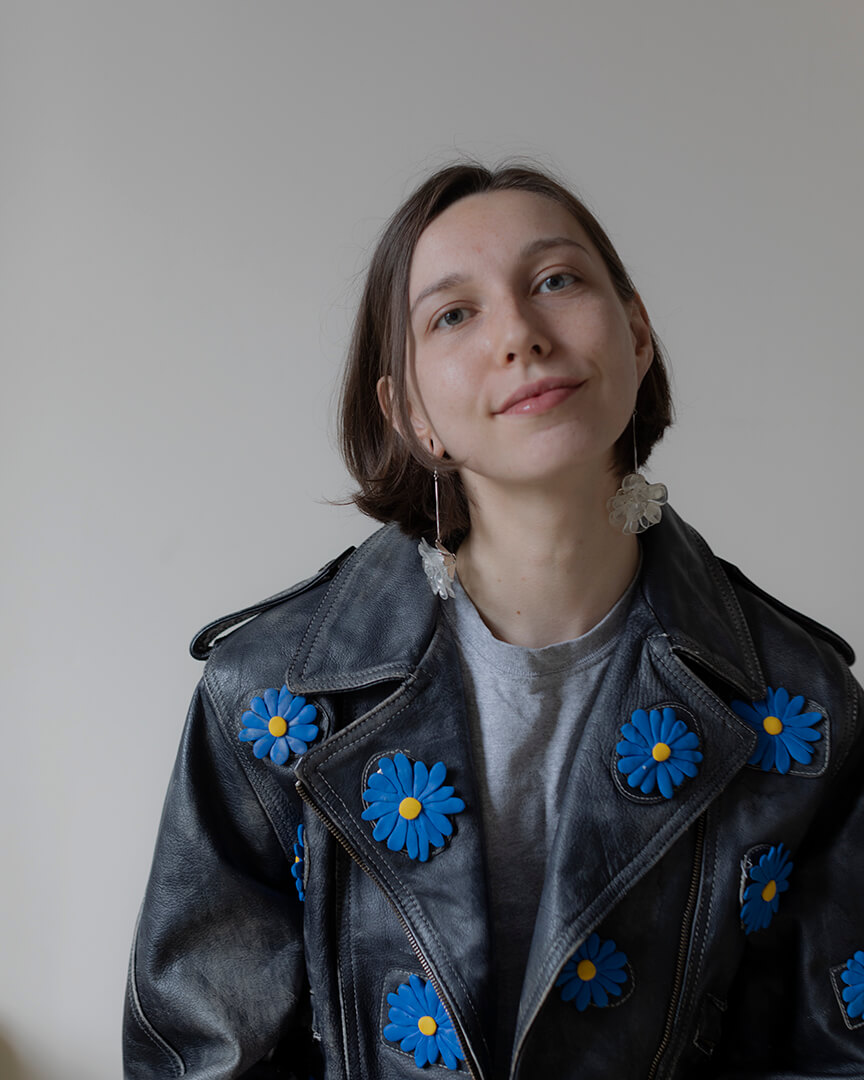 I think my photography is very observational, also honest and personal – I am drawn to the real scenes from day to day life that can resonate with many. I also use photography as a simple way of interacting and navigating though life, this reality. Sometimes there’s no certain goal, but a focus on the process, a mere observation. Life goes on and, as I grow and experience more, I establish new connections between things. In my head emotions and feelings are entangled with the visuals – for example I remember certain strong feelings and immediately a picture of what was around me at that time would come up. So in a way images are like a chip or a QR code with a written information on them revealing a certain set of emotions.

GG – How would you define your work in few words?

Ambient, Naive, Sensual and, sometimes, seductive. I also really would like it to be described as ‘cinematographic’.

I actually remember a few episodes from the age of 4 to 6, but one memory stands out especially. I think I was 4 at the time, and my mum confirms, and we were on a holiday vocation in the city of Sochi, in south west of Russia on the Black Sea. Both my parents are good swimmers and they would really enjoy swimming towards the big buoys at the distance – I would watch them gradually become two small dots from the shore. I was allowed to swim and they would encourage me not to be afraid of water, as long as I have my inflatable ring around me. One day I decided that I really wanted to impress my parents and show them my bravery. I knew it would be quicker for me to get to the red floating buoys if, instead of swimming there, I would run along the structure of a concrete wave breaker – from there it’s only a few meters to the goal. My parents didn’t know what I was plotting. And so I did – I started running accelerating to jump off it right into the deep sea. I was scared a little, but I didn’t stop just held onto the inflatable ring around me tighter. ‘They will be so proud of me’ – I thought, and jumped. The next moment as my body went down the inflatable ring went up. I had nothing to hold on to anymore, my eyes were wide open but I couldn’t see ‘the floor’ in the bottom -it was dark there. However, above me I saw the rays of sun hitting the surface, around me there were so many bubbles. It was pretty. It was a choice of what I liked more, the light would naturally attract you more than darkness I guess, so I just tried to get back to the top, my body picked it up naturally to push yourself up and stay afloat. Seconds later I already saw my dad’s big hand grabbing me. He was scared for me – it wasn’t the reaction I wanted to achieve. I don’t think they even got angry with me. My mum kept holding me tightly close to her. Later that day I was allowed to practise my swimming like ‘an adult’ without the inflatable ring – but only in the swimming pool. I love swimming up to this day.

Flowers (ha!); People’s arms – and bodies in general. I like to observe the bodies as they move. I also love empty spaces, architecture in general. We have a lot of abandoned buildings in Russia. Me and my friends would always go and investigate those – it’s interesting to see the way light travels through some cracked windows and hits the nearest surface – it wouldn’t be designed to reach there but yet it finds it way through a coincidental reflection from another surface, like a metal sheet of a fallen roof.